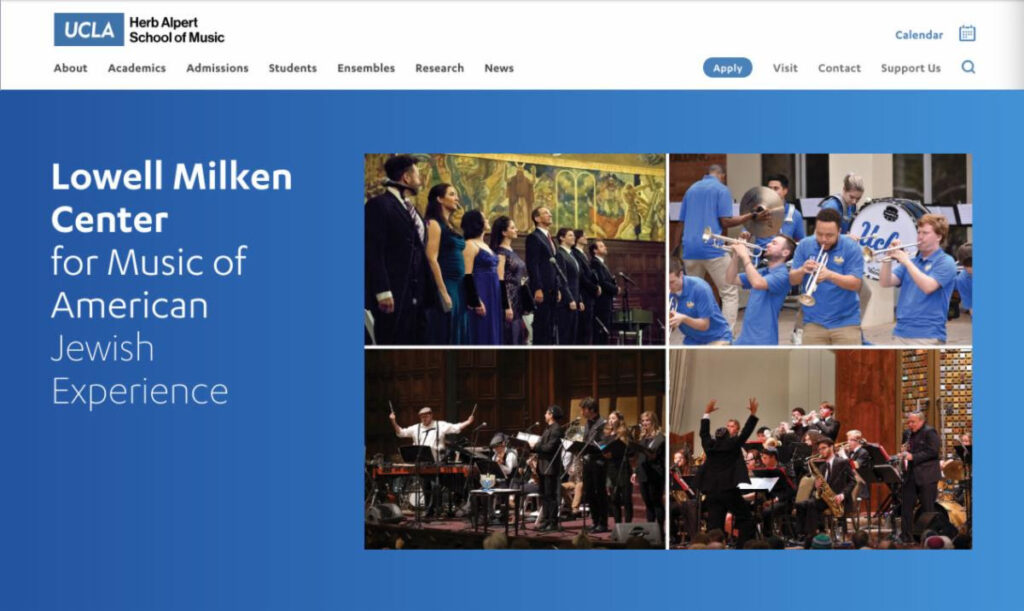 December 3, 2020 – LOS ANGELES, CA – UCLA has opened North America’s first permanent academic home for the study of music of American Jewish experience. Housed in the UCLA Herb Alpert School of Music, the new Lowell Milken Center for Music of American Jewish Experience will foster artistic creativity, scholarship, performance and other cultural expression, thanks to a $6.75 million gift from the Lowell Milken Family Foundation.

“The Lowell Milken Center for Music of American Jewish Experience will unite the academic and the artistic, showcasing the artists, scholars and educators who reveal to us the authentic voice of our shared humanity and the inexhaustible call toward our noblest self,” said Eileen Strempel, dean of the school of music.

“We are incredibly grateful to Lowell Milken for his generous gift to endow this center, which builds on our latest learnings, establishes a standard of excellence and an enduring infrastructure at UCLA for music of American Jewish experience, and gives us the ability to plan more ambitious initiatives for years to come.”

The new center is a natural extension of the Milken Archive of Jewish Music, which was founded by Milken in 1990 to record, preserve and disseminate music inspired by more than 350 years of Jewish life in the United States.

“Shaped by Jews from every corner of the globe, who absorbed their host cultures while retaining their Jewish heritage, the archive is as diverse and beautiful as America itself,” Milken said. “From the outset, our vision was to create a living archive making education central to our mission. The partnership with the UCLA Herb Alpert School of Music positions the new center as a global leader in the field of music of American Jewish experience.”

The Lowell Milken Center also builds on the Lowell Milken Fund for American Jewish Music at UCLA. That fund’s establishment, in 2017, enabled the school of music to
begin its collaboration with the Milken Archive and build a track record that opened the door to the more expansive center. The fund has produced a diverse calendar of concerts, lectures and projects, ranging from klezmer workshops to large choral and orchestral performances to artist residencies and commissions of new music.

Its inaugural program, “American Culture and the Jewish Experience in Music,” featured the world premiere of the oratorio “David’s Quilt,” along with programs in conjunction with the UCLA Alan D. Leve Center for Jewish Studies. This co-presented event was part of a three-day conference covering major intersections between Jewish creativity and American opportunity. The conference featured lectures on heritage, innovation, key facets of the Jewish-American musical experience, and Hollywood pioneers.

In March 2020, the Lowell Milken Fund produced the UCLA American Jewish Music Festival, which culminated in the “Titans of Jewish Music” concert in Royce Hall with performances by various UCLA ensembles.

In the first three years of programming, the Lowell Milken Fund partnered with over 12 different Jewish organizations to deliver both academic events and public performances which highlighted the broad range found in American Jewish music, and featured artists from UCLA, Los Angeles and across the world.

The Lowell Milken Center is currently producing videos on subjects including the story of “David’s Quilt,” a concert work by 15 composers of different backgrounds and styles, and insights on the scope of music showcased in the UCLA American Jewish Music Festival. The series of videos will be available for viewing on the website of the  Lowell Milken Center for Music of American Jewish Experience. Once public health conditions allow, the center also plans to hold a concert to celebrate its opening.

“Over the past three years, Lowell Milken has enabled our exploration of the intricate ways in which music reflects and shapes the diverse American Jewish experience,” said Mark Kligman, UCLA’s Mickey Katz Professor of Jewish Music, who will direct the new center. “The Lowell Milken Center for Music of American Jewish Experience will expand these efforts at UCLA and into the community, and will enhance the field of American Jewish music on an international scale.”

A graduate of UCLA School of Law, Milken is an international businessman and philanthropist who chairs National Realty Trust, the largest property owner of early childhood centers in the U.S., and London-based Heron International, a worldwide leader in property development. Known for his philanthropy in education, music
and design, he has long supported UCLA and previously gave to establish the Lowell Milken Institute for Business Law and Policy at UCLA School of Law and the Lowell Milken Family Centennial Scholars Endowed Scholarship Fund for student-athletes.

Milken received an honorary doctorate from Hebrew Union College, and his work through the Milken Archive to preserve Jewish heritage and culture was recognized by the Jewish Theological Seminary on the 65th anniversary of Kristallnacht.

Since 1990, the Milken Archive has engaged an international roster of artists, composers and experts of different faiths and disciplines to share sacred and secular music, much of which was undiscovered or in danger of being lost. Engaging an equally global audience, the Milken Archive has completed more than 600 recordings, 200 oral histories and a series of 50 award-winning albums on the Naxos American Classics label.

About the Lowell Milken Center for Music of American Jewish Experience

Established by a gift from philanthropist Lowell Milken and in collaboration with the Milken Archive of Jewish Music, several academic units at UCLA, and dedicated community partners, the Lowell Milken Center for Music of American Jewish Experience is dedicated to exploring American Jewish music through research, publications, performance, educational programming and community engagement in Los Angeles and beyond. In 2017, the Lowell Milken Fund for American Jewish Music was established to expand the reach of the Milken Archive and its vast holdings of recordings, scores and historical materials to students, scholars and the public. With the establishment of the Lowell Milken Center, American Jewish music has its first permanent dedicated academic home, allowing it to expand the reach of its exploration, scholarship and performance through academic offerings, public programs, concerts and recordings, and partnerships with community organizations. 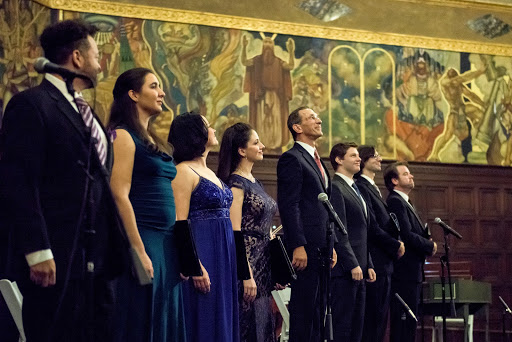 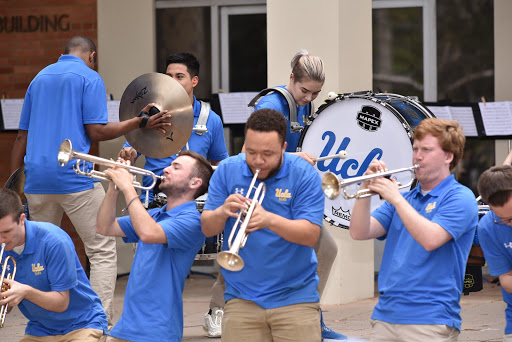 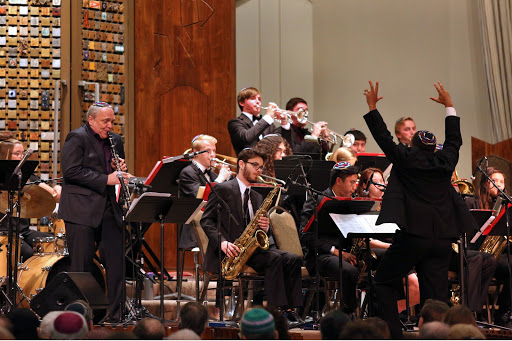 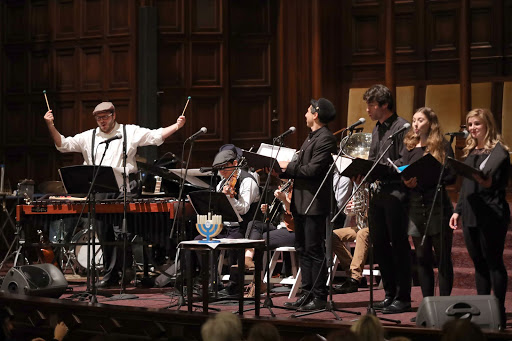 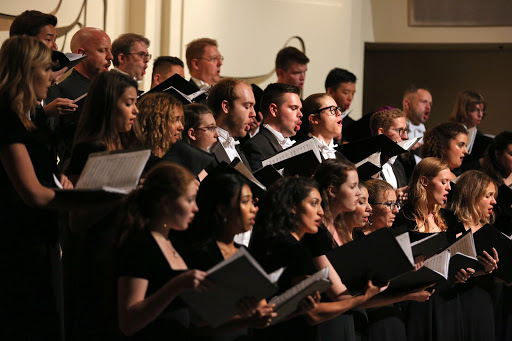 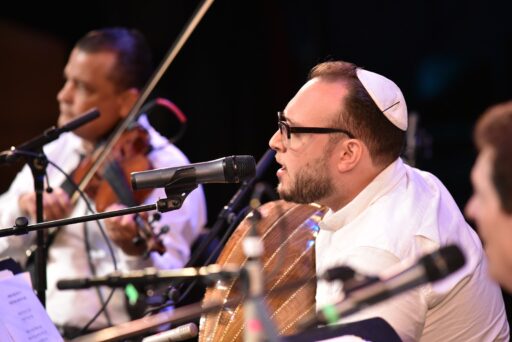