You are here:
Jewish Community 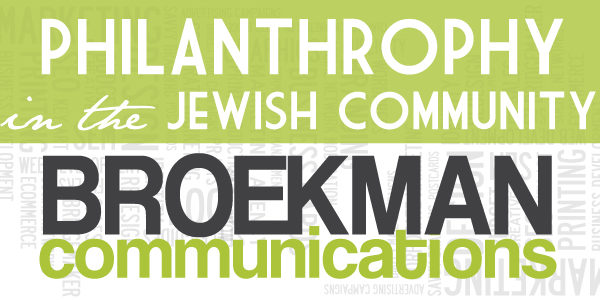 “Philanthropy is what you’ll be remembered for,” Jewish Funders Network (JFN) President Andrés Spokoiny told the 400 attendees at the Beverly Hilton on March 18, the first full day of the group’s annual conference. “Philanthropy is your legacy.”

What the legacies of Jewish funders in the early 21st century will be may not become clear for a generation, but at JFN, philanthropists, scholars, Jewish community professionals and others all engaged with questions about what causes to support and how to best ensure that charitable dollars are being deployed strategically, effectively and sustainably in the long term.

In organized sessions and impromptu conversations, executives working for some of the world’s wealthiest Jewish philanthropists, as well as some Jews just beginning their philanthropic journeys, focused on a diverse range of challenges and specific causes, including education, Israel advocacy, crisis management and the arts.

The separate conversations could be seen as part of a broader discussion about what, collectively, Jews should fund. But the decisions that funders ultimately make are often undertaken alone.

“We have deconstructed the infrastructure systems of the Jewish community,” said Jeffrey R. Solomon, president of Andrea and Charles Bronfman Philanthropies, during a session dedicated to the not-always-collaborative interactions between local and national funders. “There are no wholesalers. We are all retailers, and that’s not the most efficient way to operate.”

The charity Solomon oversees is well on the way to completing a spend-down of its assets by 2016; another panelist in the room, Yossi Prager, is executive director of Avi Chai Foundation North America, which will spend its last dollars in 2020.

Prager was acutely aware of the impact the disappearance of Avi Chai will have on the world of Jewish education, particularly on local funders who will almost certainly be approached by organizations that had previously depended upon national support for their operations.

“I’m completely sensitive to the local San Francisco funder who says [to a national funder], ‘You came in, you took a little local organization, you made it a big organization, and now you want to leave it in our lap,’” Prager said.

This year’s JFN conference highlighted work being done to advance social change on the grassroots level.

Thirty-two participants joined Rabbi Sharon Brous ok IKAR on a bus tour on Monday to visit social action projects around Los Angeles. Tuesday’s closing plenary session featured a presentation by James K. Cummings, board chair of the Nathan Cummings Foundation, and the organization’s president, Simon Greer, about their recent experience of the “Food Stamp Challenge,” by which individuals attempt to feed themselves for a full week on the minimal allotment given to those on nutritional assistance programs (just under $37 in New York; just under $35 in California).

The reasons the funders attend JFN’s conference are as diverse as they are.

Ami Aronson came to JFN from Washington, D.C., where she serves as the managing director of theBernstein Family Foundation. Aronson’s grandfather — financier and real estate investor Leo M. Bernstein — died in 2008, at 93; the family foundation made $330,000 in grants in 2011 to organizations focused on Jewish causes, democracy and the arts.

“What JFN does is it helps us celebrate and strengthen our assets as Jewish philanthropists,” Aronson said.

E. Randol Schoenberg, an attorney who has focused his philanthropic energies serving as president of the Los Angeles Museum of the Holocaust, said he couldn’t help but think that his personal charity of choice – a museum whose approximately 30,000 annual visitors are predominantly non-Jews – was something of an outlier at JFN 2013. Much of what he heard was focused on charities that serve mostly Jewish people.

For the Jewish funders who came to Los Angeles from out of town, the plenary session on Monday morning offered a taste of what Jewish life in this sprawling city can offer. Jay Sanderson, president of the Jewish Federation of Greater Los Angeles, described his city as one to which Jews came “to escape Jewish institutions, and to build new Jewish institutions.” The speakers who followed him continued in that vein.

Then Joshua Avedon, co-founder and COO of Jumpstart, a think-tank and incubator dedicated to fostering Jewish innovation, moderated a conversation with philanthropist Peter Lowy, who holds leadership positions at a number of L.A. nonprofits, including serving as chairman of TRIBE Media Corp., parent company of the Jewish Journal. Jill Soloway, a TV and film writer, director and producer, who founded the innovative and itinerant Jewish community East Side Jews, was also on the panel.

Lowy and Soloway both talked about the importance of innovation and reinvention in attracting Jews to Jewish events and bringing the disaffected into Jewish institutions in L.A.

Soloway, meanwhile, recognized that East Side Jews, which has organized events in multiple spaces around the region, is now playing against type by making its home the Silverlake Independent Jewish Community Center.

“The building is there, the people are there,” Soloway said. “How do we put them back together?”

Rabbi David Wolpe, who addressed the conference-goers at lunchtime, made a case for funding local synagogues and Jewish schools — the “unexciting places” that have kept Jewish communities vibrant for generations.

“When I go out and push my synagogue,” Wolpe, who is spiritual leader of Sinai Temple in West L.A., said, “I talk about Friday Night Life and the special bar mitzvahs and all the innovative programs. But they’re actually not what I’m proudest of.

“What I’m proudest of,” he continued, “is the morning minyan and the Shabbos service and the shivacommittee, and the fact that we have a Bikur Cholim committee that goes and visits people in the hospital – in other words, all the things that institutions do day after day after day that are the lifeblood of a real people.”

Jewish Wisdom and Wellness Conference – A Week of Learning
February 2, 2013

Jewish Community Marketing
June 3, 2012
Go to Top
We use cookies on our website to give you the most relevant experience by remembering your preferences and repeat visits. By clicking “Accept”, you consent to the use of ALL the cookies.
Do not sell my personal information.
Cookie SettingsAccept
Manage consent